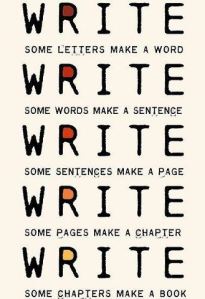 When I took my first undergraduate fiction writing class at The University of Kentucky my instructor, Gurney Norman, tried to impress upon myself and the rest of the drifting sophomores that writing wasn’t magical; that it was instead a process of constant addition. He told us about his friend Jack Schaefer, another Wallace Stegner Fellow at Stanford, and how he was compulsive about getting his words each night. Before he would leave his room he had to get his thousand words. The book he was working on a thousand words at a time became the novel Shane.

As a writer I’ve always had habits that I warn my students against. I don’t read as widely as I should, something I’m working on, and I tend to be hap-hazard with revisions, which is another thing I’m trying to change. My worst habit though is that I depend on the fever. What I mean by that is my own writing tends to go dormant for months at a time. During this time I’m collecting ideas, writing down dialogue here and there, talking to myself, etc., but I’m not doing the work of putting anything down on paper. This only happens when I feel like I have a head full of story and need to make the voices stop. Then, and sadly only then, can I disappear into a fever of writing. It’s a desperate period of time. Days are spent in a flurry of typing as I try to pull out everything I’ve stuffed in my head and half-remembered, make all the odd edges come together. The fever usually pays off in the end, but the time wasted leaves my creative output a shadow of what it could have been.

In On Writing Stephen King states that if you want to be a writer you have to be able to lock yourself away every day, and get down four thousand words. This way you will always have work, even if it is terrible, and therefore promise that at least some of it will, or can be, good.

The valleys of time between my fevers are simply reconciled procrastination. I envy the journalist who has to write every day until it becomes so second nature that he or she notices the absent sound of keystrokes the way those from a large city might comment on the lack of ambulance sirens when they go to the woods. I am shamed by the television writer who writes fifty jokes a day before lunch. Whether through dedication or fear they’ve found their practice. That’s what I want my writing to be, a practice, something I do everyday without thinking about it.

I’m coming around as best I can. I’d love to image myself stabbing the keys every night instead of gravitating toward the Kerouac-on-benzedrine race to the finish. This week I’ve made a small step. I’m working on a thousand words a day. It takes about an hour; sometimes less, and sometimes more. Three and a half to four pages a day my new novel is coming to light as crippled and ugly as any first draft.

As I write this I’m reminded of a friend in college who went on to write an eight hundred page novel before graduation. I was impressed when he showed me the result of all his effort, and asked the one question every writer hates to answer in a sentence, “What’s it about?”

“Oh,” he said, “It’s absolute shit.” Then he put his hand on the stack of paper, almost two reams high, and smiled. “But man…look at it.”

I had never been more jealous, and I hope one day to be able to come close to even just the shadow of such a well-earned failure. 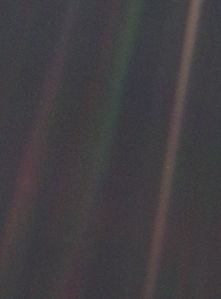 That’s here. That’s home. That’s us. On it everyone you love, everyone you know, everyone you ever heard of, every human being who ever was, lived out their lives. The aggregate of our joy and suffering, thousands of confident religions, ideologies, and economic doctrines, every hunter and forager, every hero and coward, every creator and destroyer of civilization, every king and peasant, every young couple in love, every mother and father, hopeful child, inventor and explorer, every teacher of morals, every corrupt politician, every “superstar,” every “supreme leader,” every saint and sinner in the history of our species lived there — on a mote of dust suspended in a sunbeam.

The Earth is a very small stage in a vast cosmic arena. Think of the rivers of blood spilled by all those generals and emperors, so that, in glory and triumph, they could become the momentary masters of a fraction of a dot. Think of the endless cruelties visited by the inhabitants of one corner of this pixel on the scarcely distinguishable inhabitants of some other corner, how frequent their misunderstandings, how eager they are to kill one another, how fervent their hatreds. Our posturings, our imagined self-importance, the delusion that we have some privileged position in the Universe, are challenged by this point of pale light.

Our planet is a lonely speck in the great enveloping cosmic dark. In our obscurity, in all this vastness, there is no hint that help will come from elsewhere to save us from ourselves. The Earth is the only world known so far to harbor life. There is nowhere else, at least in the near future, to which our species could migrate. Visit, yes. Settle, not yet. Like it or not, for the moment the Earth is where we make our stand. It has been said that astronomy is a humbling and character building experience. There is perhaps no better demonstration of the folly of human conceits than this distant image of our tiny world. To me, it underscores our responsibility to deal more kindly with one another, and to preserve and cherish the pale blue dot, the only home we’ve ever known. 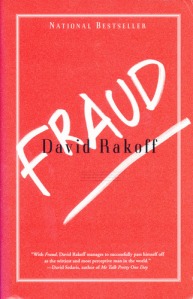 Ever wonder what it would be like to go to a meditation retreat with Steven Seagal or play Freud for four weeks in a store’s holiday window dispaly? David Rakoff relates these experiences and more in this wonderful collection of essays.
David Rakoff passed away a few weeks ago, but you can here a wonderful retrospective of his time on This American Life by clicking here. Toward the end of the show you can hear his hilarious, never before aired, take on the musical RENT. 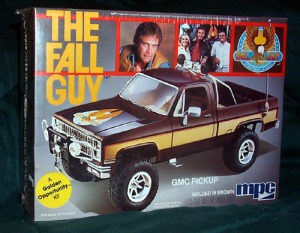 The new fall line-up for every network is about to air, but I’m feeling nostalgic and watching old previews for 80s new fall TV line-ups.